WTOP: A report by an independent investigator to the NFL shows that the Washington Commanders football team is making improvements in its culture after allegations of harassment.

The report, which focused on football operations, said that head coach Ron Ron Rivera “leads by example and discusses values at every meeting,” and that those interviewed “noted the significant change in atmosphere from years past.”

Vestry Laight, a firm that helps organizations respond to and resolve sexual misconduct issues, submitted the report, the third such report so far.

The report stated that the “team’s leadership has continued to be highly responsive and accessible” to them.

“All expressed confidence that misconduct would not be tolerated, and appreciated the effort to recruit players who would abide by the team’s values,” the report reads.

The report says that Rivera has “also made a concerted effort to diversify his program with women and coaches of color, has made efforts to promote diverse candidates within the NFL, and has been a strong supporter of the wellness program, which we understand to be amongst the most robust in the NFL.”

It adds that the improvements in diversity and culture on the football operations side “mirror those of the Team as a whole, which has seen a remarkable uptick since July 2020 in the representation of women and people of color, including in leadership positions.”

The operations side of the team is focusing on strategic initiatives, including “equipping managers and staff with more tools and resources and rewarding those who exemplify the team’s values,” the report said.

The report said 68 team workers have left voluntarily since Nov. 2020, and 64 of those people gave exit interviews.

Women comprise 31% of the team’s workforce, the report said; people of color, 39%. The report states that the team has continued to expand its representation of women and diverse employees. In senior leadership, women hold 39% of VP and higher roles overall; within business operations, that number is 46%.

By Eric Tucker For another person in another country at another time, the case might have been a minor matter: an American citizen detained at an airport for allegedly possessing a cannabis derivative legal in […]

THE BALTIMORE SUN: In his first game in the state of Maryland since he transferred away from the Terps after the 2019 season, Pigrome, now a graduate student quarterback at Towson, powered the Tigers to […] 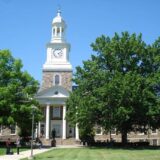