Rory McIlroy, the No. 7 ranked player in the world, and other top players, including Rickie Fowler and Tony Finau, have announced their commitment to participating in next month’s Wells Fargo Championship as the PGA Tour returns to the Washington, D.C., area.

Seven past champions of the Wells Fargo Championship, held annually at Quail Hollow Club in Charlotte, North Carolina, have announced they’ll play in this year’s tournament at TPC Potomac at Avenel Farm.

The tournament kicks off on Wednesday, May 4, and tickets are on sale at TPC Potomac (Avenel Farm, 10000 Oaklyn Drive, Potomac, Md.).

Grounds ticket prices start with the $20 Wednesday ticket, which gains access to the popular Pro-Am day.

Also popular is the $175 Weekly Grounds Pass, which consists of a ticket to each of the five days. Children ages 15 and under are admitted free with a ticketed adult.

“It is always good to have Rory in the field, as he adds another element to the competition whenever he plays,” said Gary Sobba, Tournament director. “To have him defending his title will be a special experience for the fans and all involved in this year’s tournament.”

McIlroy won the first of his 20 PGA Tour titles in 2010 at the Wells Fargo Championship.

The four-time major champion won again in 2015 in record fashion and picked up his first win in two years with a victory in Charlotte last year.

Seven of the tournament’s 16 champions have earned major championship titles, and four have held the No. 1 spot on the Official World Golf Rankings since the inception of the Wells Fargo Championship in 2003.

Odom will receive one of the tournament’s four unrestricted sponsor exemptions into the 156-player field and compete as an amateur.

According to a news release, he has finished among the top 10 in individual play in the Bison’s last two collegiate events.

Last spring, he won the PGA Works National Championship at the Players Stadium Course at TPC Sawgrass for his first collegiate title.

In November, he finished third at the Golf Coaches Association of America Championship and earned an exemption to play in the 2022 Ontario Open on the PGA Tour Canada circuit.

“I am extremely grateful to have this opportunity to play in a PGA Tour event near where I will be winding down my collegiate experience,” said Odom, who finished tied for fifth in last year’s MEAC Championship.

“I really appreciate Wells Fargo and the tournament staff for giving me this opportunity, and I look forward to the challenge of competing with the best players in the world.”

As a junior golfer, Odom finished second in the Tennessee State Championship his senior year at Middle College High School, where he also earned All-State honors in 2016.

In addition, he was the 2017 First Tee of Memphis Player of The Year and the 2017 Boys High School USJGT Player of the Year.

Celebrating its 19th year, the Wells Fargo Championship counts among the premier golf events on the PGA Tour.

Since 2003, the tournament has welcomed all the world’s top 25 players.

In 2019, the players voted the event as “Best in Class,” among other events on the Tour schedule.

On behalf of Champions for Education, the tournament has distributed over $26 million and raised awareness for numerous charitable foundations in the Charlotte area, and in 2022 plans to do the same in the D.C. area.

For more information about the Wells Fargo Championship, go to http://www.wellsfargochampionship.com or call 202-864-3444. Read more at The Washington Informer.

WASHINGTON D.C., DC — The conversation continues on where the newly named Washington Commanders will build their new stadium. Where they will play football remains a mystery.  On Saturday, WUSA9 spoke to D.C. Mayor Muriel […]

By: FOX 5 DC Digital Team The Washington Wizards and Washington Nationals both unveiled new uniforms inspired by D.C.’s iconic cherry blossoms. The 2022-23 Wizards NBA City Edition uniform emphasizes the colors of the cherry blossoms and has pink as the base color of […]

March 5 to 8, 2022 Get ready to Spring It On with an itinerary full of family-friendly seasonal escapes. With our Once Upon A Spring events and activities, including the interactive live show Paint Me […] 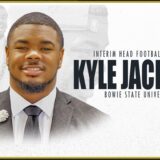 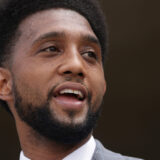 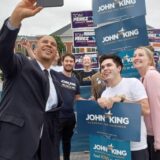 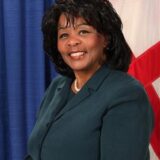 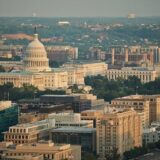